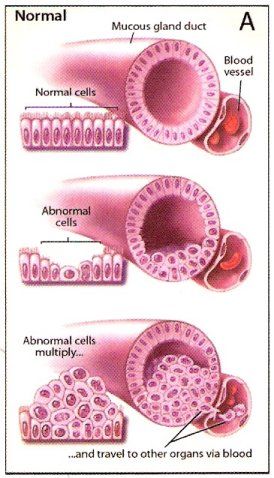 Cancer of the lung is the leading cancer killer in both men and women in the United States, causing more deaths than colon, breast, and prostate cancers combined. Over 350,000 people in the U.S. are currently living with lung cancer. In 2005, it is estimated that more than 170,000 new cases will be diagnosed, and over 160,000 people in this country will die from the disease.

There are two major types of lung cancer: small cell and non�small cell lung cancer (NSCLC). The NSCLC discussed here comprises over 85% of lung cancers. The primary cause of lung cancer is smoking or exposure to secondhand smoke; there is also a strong link between lung cancer and asbestos or other chemical exposures in the workplace. 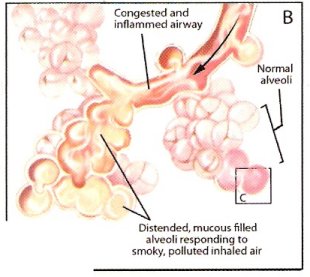 Lung cancer is often called a “silent killer” because symptoms do not typically appear in early stages of the disease. Therefore, most lung cancers are discovered in a more advanced stage, after spreading to other parts of the body. As a result, treatments for lung cancer are not that successful, and about 60% of patients with lung cancer will die within one year after they are diagnosed. Avoiding smoking or secondhand smoke could prevent more than 85% of lung cancers. Scientists are working to develop screening tests that could help detect lung cancer in its earliest stages, when treatment would be more effective. 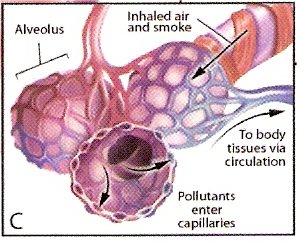 In most cases, lung cancers are slow growing and begin many years before they are found. Small, precancerous changes in lung cells occur first. These precancerous cells do not cause symptoms and cannot be seen on x-ray films, but they represent the earliest form of lung cancer. Over time, these abnormal cells begin to multiply, and when there are enough cancer cells, they form a mass or tumor. At this point, the lung cancer is localized and would be easier to treat, if it were detectable. As the cancer cells continue to grow, they often break away from the tumor and travel to other parts of the body. This spread of cancer cells is known as metastasis. Once metastasis occurs, the cancer becomes difficult to treat.

Risk Factors and Symptoms: Most people know that the leading risk factor for lung cancer is smoking. Both the length of time a person smokes and the number of cigarettes smoked each day are important in determining the risk of lung cancer. Pipe smoking, cigar smoking, and second�hand smoke are also high risks. Other environmental chemicals known to be causes include asbestos, radon gas, and workplace hazards, e.g., vinyl, coal products, gasoline, arsenic, and uranium.

There are no symptoms specific to lung cancer, and most symptoms do not appear until the cancer has spread to other areas of the body. In fact, most lung cancers diagnosed in the early stages are found as a result of testing for an unrelated condition. Some general symptoms of lung cancer include a persistent cough, a lung infection (e.g., bronchitis or pneumonia thar does not respond to treatment), shortness of breath or chest pain on deep breathing, blood in the sputum, hoarseness, and weight loss. Although these symptoms can all be a result of other conditions, they should be checked out by a doctor to rule out serious disease.

Screening and Diagnostic Tests: Screening tests help find a disease before symptoms appear. There are two kinds of screening tests for cancer: sputum cytology, which looks at the ceils in the sputum to see if they are cancerous; and chest x-ray, which can detect tumors. Neither test has proven to decrease a person’s chance of dying from the disease. Scientists are working to develop better screening tests that would allow early detection and more successful treatment. A promising new screening test is spiral computed tomography (CT), a special x-ray that scans the body in a spiral fashion using a computer.

Diagnostic tests determine whether cancer is present and, if it is, the type of cancer and its stage, helping the doctor plan treatment. If lung cancer is suspected, certain imaging tests may be ordered to get a better picture of the area, including a chest x-ray, CT, magnetic resonance imaging, or positron emission tomography.

Prevention and Treatment: The chance for successful treatment of lung cancers depends on the size of the tumor and whether it has spread, the type of cancer, and the general health of the patient. The earliest stages of lung cancer are the most effectively treated. Treatments for lung cancer include surgery to remove cancerous tissue, chemotherapy to kill cancer cells or stop further division, and radiation or laser therapy to destroy cancer cells. Depending on the individual patient, one or more of these treatments may be used. Even with the most effective therapy, however, 85% of patients with lung cancer die within the first five years after diagnosis. Prevention of lung cancer begins with avoidance of the causes�smoking, secondhand smoke exposure, and contact with other environmental toxins linked to lung cancer.